← more from
Ensoul Records
Get fresh music recommendations delivered to your inbox every Friday.
We've updated our Terms of Use. You can review the changes here. 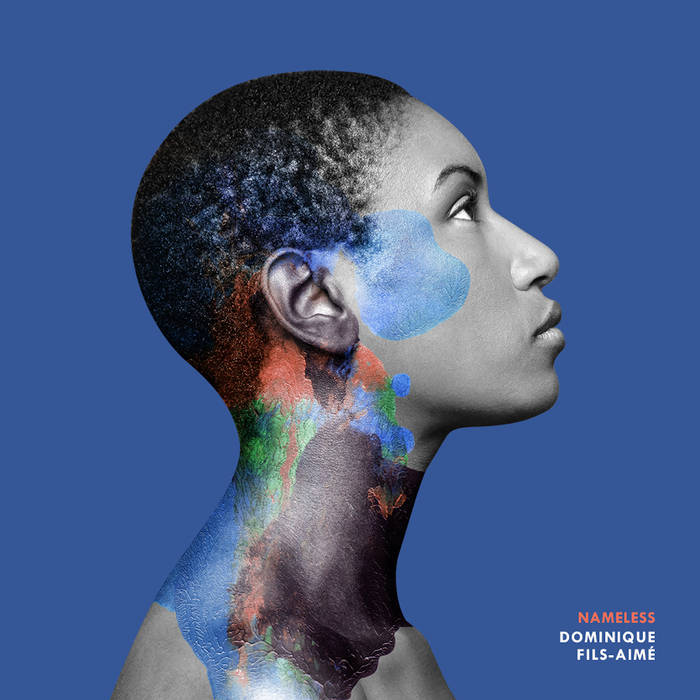 Krzysiek Sobiecki 10/10 for Her voice, production, climate and coherence of the whole album. Favorite track: Birds.

17brutus I love all your albums. Thanks a lot for such great music.
Greetings from Munich, Germany Favorite track: Birds.

Dominique Fils-Aimé [FEES-em-AY] opens her second album, “Nameless”, with an intimate vocal solo. One melody finds accompaniment with another—they multiply, creating a family of sound, related but independent. She crafts what sounds like an entire band out of layered vocals, establishing a minimalistic approach early on. Gradually, she brings in selective instrumentation balanced with a blend of intriguing vocal harmonies. Her voice glides over the track, guiding the music, grounding her body of work in a refreshingly human quality.

The opening cover song, “Strange Fruit”, sends a message—a testament of American racism, written in 1937 by Abel Meeropol and sung by Billie Holiday and Nina Simone. This song, when paired with the deep blue of the album’s cover art, references the history of African American music and the social realities that influenced the blues.

From this introductory cover, Dominique transitions into original compositions, introducing an upright bass, snapping fingers, and her slick, hushed and lyrical flow. This approach places her voice in the foreground and showcases her aptitude for finding fresh melodic movements. In the title track, “Nameless”, the opening vocal line loops throughout, mimicking that of a rhythm guitar or baseline, creating a foundation for other harmonies to branch out. By overlaying similar lyrics in a different time, she creates a sense of perspective. One melody is close up and sharp, while the other is drawn out and atmospheric. These techniques create a spaciousness, allowing the song some room to breathe.

In “Unstated” Dominique experiments with classical sounds. Her voice assumes the form of a string quartet, exemplifying her versatility. The drum sounds like a beat found in an R&B or rap record. Together, they provoke a dramatic, irresistible sway. Dominique has a sensibility for executing these experimental choices in a natural and effortless way.

The album's closing is similar to its beginning—solo vocals and a cover of, “Feeling Good.” By framing her original work within the bounds of these iconic blues singers, she is making clear that her sound is inspired and builds upon the talents of past generations. By interpreting these classic songs in a modern way, she is considering how she can play her part in furthering this musical tradition.

Dominique Fils-Aimé [FEES-em-AY] is a JUNO Award winning singer-songwriter from Montreal. Her ambitious album trilogy conceptualizes the history of African American music. Dominique reflects on the social realities that influenced the genres of blues, jazz and soul and channel that spirit into her own work. ... more

Bandcamp Daily  your guide to the world of Bandcamp

The Hammer and The Relentless from the Boston band Malleus stop by for a chat.